Seven things that everyone should know about the New York Subway. 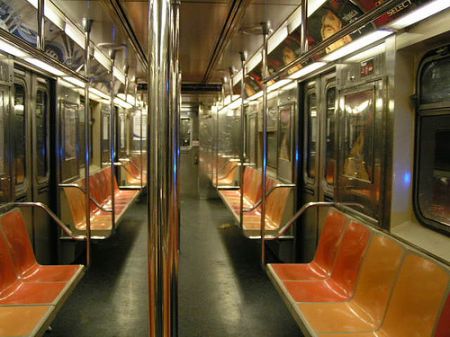 1. If you are waiting for a train, and the incoming train cars go, packed, empty, packed… do NOT enter the empty car. The *best* case scenario is that the AC is broken.

2. The subway trains run in the same direction as that cars run on the street above the tracks. 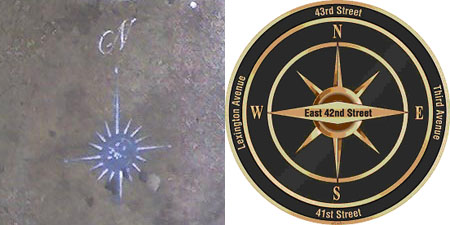 3. The compass roses that the MTA is placing in front of subway entrances, started out as an intervention by riders, and is what I would call ethical graffiti.

4. The A and D trains run express from 59th Street to 125th Street, which is great if you want get to Harlem, but not so great, if you are trying to visit the American Museum of Natural History.

6. Google Transit combines subway schedules (see point 5) and Google Maps to provide directions using public transportation in New York, and many other cities around the world.

7. The displays with real time updates of the next train that the MTA have been introducing on the L line has been in other systems, such as DC’s Metro and the London Underground for years and even decades.

Twitter
This entry was posted in design, ethics of design, innovation, off topic. Bookmark the permalink.

3 Responses to Seven things that everyone should know about the New York Subway.