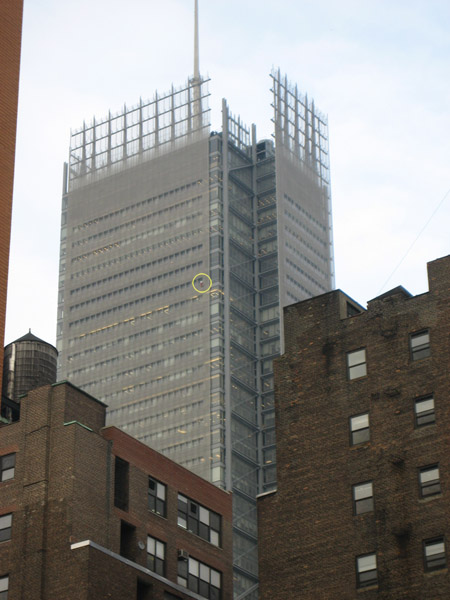 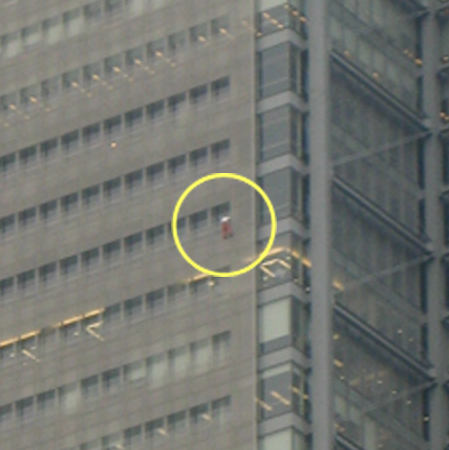 I was walking in midtown today and saw crowds of people staring and pointing at the fairly new New York Times Building. I generally ignore this kind of gawking, but there were more people stopping than the average film shoot gets. I got a little worried, in case, something *bad* happened. After a couple of blocks I finally asked someone, and was told that someone was climbing the building. Apparently, two climbers, Alain Robert and Renaldo Clarke scaled the New York Times Building. I caught a glimpse of the second one, who started around 6.00 pm.

Twitter
This entry was posted in off topic, Uncategorized. Bookmark the permalink.

One Response to Off topic: New York City Weirdness