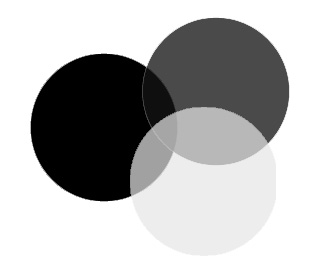 I attended a very good discussion at MobileCamp on Mobile Social Networks, which was run by Keith Erskine of padpaw. We ended up talking a lot about facebook, which seemed to be on a lot of people’s mind. When talking about Linkedin and Facebook, the overall vibe I got was that people liked keeping their social networks separate in all their various forms.

In terms of social netwoking sites, Linkedin was for business, and Facebook was for friends and family. Recent feature additions or announcements for upcoming features on both sites are making them look more like each other. Linkedin recently added a photo feature and plans on opening up their platform. Facebook added groups and has a limited profile features, which comes very close to allowing different groups to get different versions of your site (although it’s not quite here yet.) Even with these features, it seems as if the group wanted to keep them apart. (There was the sense in some people are reaching the limit on how many sites they wanted to maintain.) It seems easier to me to maintain one, rather than several. Although I guess people may not want to have all their data locked into one privately owned site. This point brought up protocol, standards, and Open Social, which I want to address in another post.

People often use different email addresses for work and personal use, I check a handful accounts everyday. Since getting my Blackberry, I can finally synch my computer and phone address books, which was a simple but powerful change. Now, all my devices share the same information and it is now stored in multiple places.

Recently, I’ve received work email through Facebook which complicates my email archiving system. Friends have invited me into Linkedin. Although some relationships are clearly defined as work or personal, social circles are usually not that discreet. Their edges are porous and overlap, and people migrate from one to another. What is also interesting is how the bucketing of people now can get directly verbalized. That is, accepting an invite to Linkedin from a co-worker and then denying the invite into Facebook.

Why do people like to keep their social circles separate some of the time and not others? It is a personal preference? Or are there user experiences (for lack of a better word) involved which have an effect if we want to group them together or not?

Twitter
This entry was posted in information, social networks, work/life. Bookmark the permalink.